Maa Durga manifests herself in nine forms called Navdurga. One of these nine forms of Maa Durga is worshiped every day in Navratri.

The first form of Maa Durga known as "Shailputri". Goddess Durga was born in the house of King of Mountains "Parvat Raj Himalaya", so she is called "Shailputri" means the daughter of mountain. 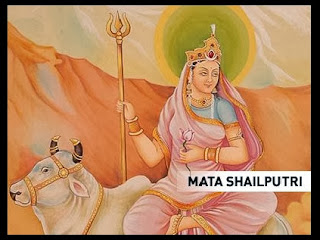 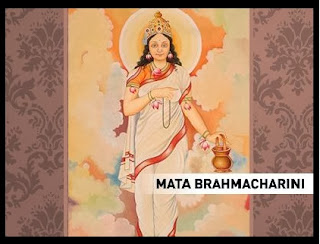 
दधाना करपद्माभ्यामक्षमाला कमण्डलु !
देवी प्रसीदतु मयि ब्रह्म्चारिन्यनुतमा !!
The Third form of Maa Durga known as “Chandraghanta”. She is known as Chandraghanta because she is adorned by a Crescent Moon (Chandra) shaped like a Ghantaa (a metallic bell).  Maa Chandraghanta punishes the demons and devilish persons. She ensures justice by saving her devotees from all kinds of dangers. 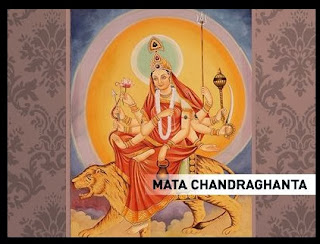 
The fourth form of Maa Durga known as “Kushmanda”. On the fourth day Maa Durga is worshipped as her Maa Kushmanda swarup. She is depicted as seated on a lion, and possesses eight arms. She resides in solar systems and represents all knowledge. 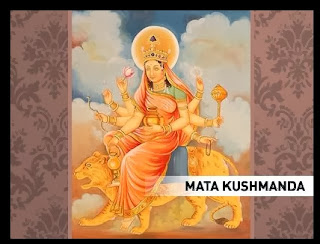 
The fifth form of Maa Durga known as “Skanda Mata”. Her elegant appearance mesmerizes the worshippers. She is the true Goddess of purity. By offering invocation to this almighty, worshippers can travel the tranquil Universe to pacify their soul and mind. This great journey makes them realize the heavenly truth of life. They leave their sorrows behind and achieve the great and divine contentment in life. 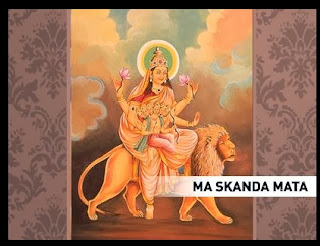 The sixth form of Maa Durga known as “Katyayani”. The general purpose of Maa Katyayani Pooja is to pray the Goddess Katyayani for the early or timely marriage of an individual, mostly girls. Even the boy who is facing such problems is suggested to perform this puja to get the favorable results. 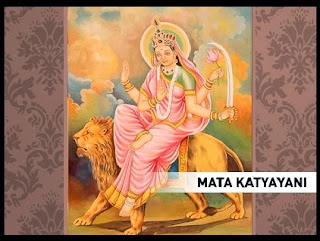 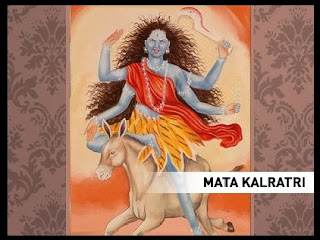 
The eighth form of Maa Durga known as “Maha Gauri”. Mahagauri is the avatar of Durga which finds worship on the eighth day of the Navratri. She is worshipped for relief from life’s sufferings and for the fulfillment of wishes. The worship of Mahagauri is believed to give potent results, washing away the sins of devotees. 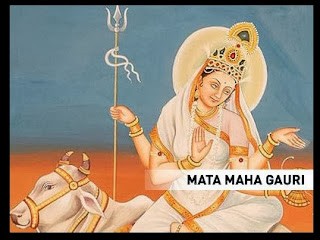 
The ninth form of Maa Durga known as “Siddhidatri”. Siddhidatri has supernatural healing powers. She has four arms and she is always in a blissful happy enchanting pose. She rides on the lion and blesses all Gods, saints, yogis, tantriks and all devotees as a manifestation of the Mother Goddess. In ‘Devi Bhagvata Purana’ it is mentioned that Lord Shiva worshipped her and was blessed with all siddhis (supernatural powers). By her blessing, half his body became female and other half male. As a result, the avatar of Ardhnarishvara came into being. 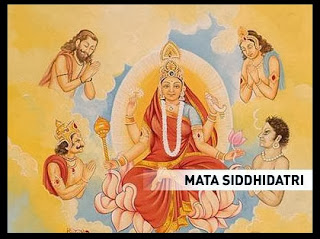