Instil of needs out of nowhere!!


Today most of us are racing against each other to accumulate wealth in less possible time. Mind-set of 21st century generation has shifted widely toward materialistic pleasure. Everyone is trying to imbue their surrounding with luxury items to derive comfort. Assets Vs Liability (A-L) program is ceaselessly running in our minds. If you happen to ask someone what is ultimate goal of this A-L program? the answer is simple fair balance in long term. Follow up question what is that long term? All of us are clueless. Our ancestor used to have yearly/bi-yearly plans to generate & spent wealth. Today life pace has increased exponentially. Agreed- Yes? No? So is our plan making capability? We make daily/monthly/quarterly plans. Before you stop reading this blog further let me come to the point which I am trying to highlight here. We have loads of product in market still all of us are looking for new or more advanced, sophisticated product. To be specific if one happens to ask what type of product are you looking for? We sometime even fail to describe. 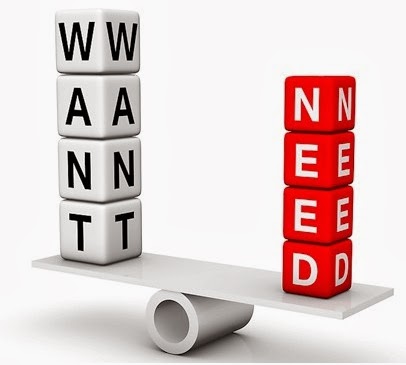 Why we have landed to such situation? We call ourselves the educated, intelligent, matured, modern, advanced etc. Why A-L program output when we analyzed, most of cases shows the liability factor to be booming.

Friends, there is some well-planned force which is trying to instil needs out of nowhere. This is compelling us to change our stance on long-term goal to adjust this short-term goal time & time again.

Hint: It is not God or not even any angel/holy power.

Though most of you know but let me put for wider audience. It is man-made marketing strategy. Carefully well-selected innovative marketing strategies out there in market to make you feel important and in turn get you discover some shortcoming in you which their product can only resolve. They make you always think about the same shortcoming until you buy their product without which your life was lot better. Then once you fall in trap of unwanted goods you keep upgrading their new releases as well mostly for no reason. And in no time your liability increases and all your long term plans are on verge to shatter. Look around your house/surroundings you will find lot of goods which you never used and you will not be able to find reason why you bought at first place.

Some tips:
1.      Never buy products just because they are on sale/cheaper. Buy if you need them.
2.      Never spend on unwanted products else one day you will have to sell the product which you need most.
3.      Borrowing and spending is not the way to prosperity.
4.      When you have money, think of the time when you had none.
5.      CASH is KING

Warning even the above guideline will not save you since our life has been controlled by well organized channel of marketing and advertising. At the end surprisingly you already knew them still we are worried about next day/month/year/time to come.

On lighter note:-
“The safest way to double your money is to fold it over and put it in your pocket.” – Kin Hubbard
Rule No. 1: Never lose money. Rule No. 2: Never forget rule No. 1 ~ WARREN BUFFET


In July 2012, I had assembled information on similar topic as part 1, Here is continuation of few more great Indians of ancient India as part 2. 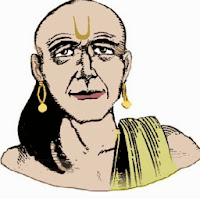 Varahamihira: Born in 505AD in kapiitthaka (may be now called as Ujjain), India, Died in 587AD. He is also popularly called Varaha, or Mihira. He was Indian philosopher, astronomer, and mathematician, author of the Pancha-siddhantika (“Five Treatises”). He also made valuable contributions to trigonometry. Significant contribution to trigonometry was his sine tables where he improved those of Aryabhata I giving more accurate values. 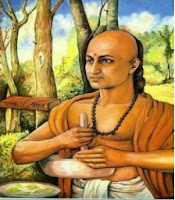 Charaka: Born in 300BC, He is referred to as the Father of Medicine. He is one of the main contributors to the ancient art and science of Ayurveda. Charaka was the first physician to present the concept of digestion, metabolism and immunity.

Panini was a Sanskrit grammarian who gave a comprehensive and scientific theory of phonetics, phonology, and morphology. Sanskrit was the classical literary language of the Indian Hindus and Panini is considered the founder of the language and literature. It is interesting to note that the word "Sanskrit" means "complete" or "perfect" and it was thought of as the divine language, or language of the gods. He was estimated to born around the 4th, 5th or 6th B.C. Historians differ in these dates as well. It is also said that he was born in Shalatula, near Indus River. This place is now in the present day Pakistan. 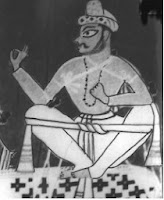 Bilhana Kavi (poet) was an 11th-century Kashmiri poet. He is known for his love poem, the Caurapâñcâśikâ. According to legend, the Brahman Bilhana fell in love with the daughter of King Madanabhirama, Princess Yaminipurnatilaka, and had a secretive love affair. They were discovered, and Bilhana was thrown into prison. While awaiting judgement, he wrote the Caurapâñcâśikâ, a fifty-stanza love poem, not knowing whether he would be sent into exile or die on the gallows. Bilhana has been fortunate enough to receive recognition in his life time, a phenomenon very rare with Sanskrit writers. 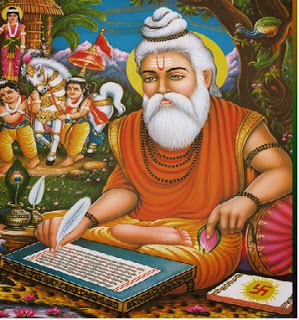 Valmiki (during Lord Rama's time) is celebrated as the poet harbinger in Sanskrit literature. He is the author of the epic Ramayana, based on the attribution in the text of the epic itself. He is revered as the Adi Kavi, which means First Poet, for he discovered the first śloka i.e. first verse, which set the base and defined the form to Sanskrit poetry. 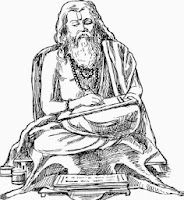 Ved Vyas was an Ancient Indian. (Sanatana Bharatiya). He was one of the important historians, astronomers and philosophers of the Dwapara Yuga. He is the author of the epic Mahabharata. The 'Mahabharata' remains a marvel in the literature of the world. Ved Vyas was the first and greatest Acharya of Sanatan Dharma. He is responsible for classifying the four Vedas, wrote the 18 Puranas and recited the great Mahabharata