India’s Irony and my suggestion for 2014 Indian general election.


India is the greatest democracy of world and in 2014 mid-April & May it is going to witness general election for LokSabha. The general election elects 545 Member of Parliament (MP) and in turn MP’s elect Prime Minister of the country.

So what is irony about it? This is standard process as per constitution of India. To understand the irony about this election we have to glance on the background. Until 1975, India experienced one party rule in almost all corners of India. The ruling party was Congress. After the emergency period which India experienced during 1975 to 1977, it led to emergence of multiple parties. This phase gave some space to opposition in Indian politics. At national stage slowly BJP helped India to get its bipolar politics which was much needed call. In national context it was congress and BJP which never joined hand to form alliance clearly due to ideological differences. Slowly all other parties turn to family property of leader who formed the party. And they began to align with either of the two groups NDA or UPA at national stage. Few parties even had been part of both groups from time to time. On close scrutiny of these regional parties, one finds that majority of them simply align to be on ruling side irrespective of ideology. Few get align due to under table bargain for self and of course few for the interest of their respective state they are in power.

Congress is also a family based party where the person from dynasty can only become president of the party. As far as inner party democracy is concerned we have just two party names BJP and CPM which practices it.

In last 66 years we have seen rule of three groups named congress led UPA, BJP led NDA and regional parties aligned to form Third front with outside support of congress. There are several data statistics available in public domain which clearly shows in context to governance and development BJP-led NDA has outperformed other. NDA ruled India from 1999 to 2004 which gave amazing start for 21st century India. Then Congress led UPA ruled from 2004 to 2014 we all know the kind of mess India is currently in.

Before I present what the irony is, let me clarify that in present context I am staunch supporter of BJP led NDA.

For 2014 general election we have three options in front of us which the political parties aligned groups has presented India to choose from.
1.      Experienced, strong development track record, incorruptible leader Narendra Modi of BJP-led NDA
2.      The dynastic option of Congress –led UPA, Rahul Gandhi, and 10 year rule can be sum up as DECADE OF DECAY.
3.      INEXPERIENCED, OPPORTUNISTIC, DEAL BROKERS, MESSY group, third front. Also popularly known as experimental group.

The irony of Indian politics is considering the current mess our country is in certain percentage of people (which is slowly getting smaller & smaller as election approaches) still finding it difficult is try option 1. The person in option 1 has to work extra hard to convince people why people should give them chance to bring back India on track. The worst part is people supporting 2 & 3 options simply ask questions after question to option 1 rather than their agenda for India in coming years or what they have done in DECADE of DECAY.
Now you can question, I pressing for option 1 as being supporter of BJP-led NDA. I am ready to accept this question from you but would like you to at least think (if not answer) on my following points as well.
1.     You have given 10 years of interrupted power to option 2 (UPA), look at the misery they have brought to India- Would you stand to justify?
2.   India has become laughing stock due to rampant corruption at international level in last 10 years- Would you stand to justify?
3.   Option 1 (NDA) has changed the face of state named Gujrat which is much talked state in world – Would you stand to justify not giving them opportunity for 60 months?
4.   Delhi has experienced the worst chaos ever in history by your experiment of Option 3- Would you stand to justify giving them another chance at national stage?
5.  If 2014 election is Narendra Modi Vs Congress + All its declared and undeclared allies + paid media + Nations who want to weaken India. - Would you stand to justify your misjudgement and its consequence India will face by denying chance to option 1 (NDA)?

List is bigger and by now you also have got few points in your mind to add. So my countrymen/women do not be fence sitter or an annoyed activist. Get up read, analyses and think, one and for all the option which is best suited to our mother land. Option 2 needs to go at any cost and option 3 we cannot think off by viewing the magnitudes of crisis we are in due to option 2 rule. So make up your mind and rise above everything at least once in your life time and the time is 2014 general election. VOTE of INDIA and Vote for Option 1.

So understand the need and magnitude of crisis. Next should be YOU. Come on YOU CAN & YOU WILL. Choose wisely and hint is NDA.

Krishna – We need you more than ever before !!

Posted by Satender Kumar Mall at 07:32 No comments:


Being an engineer myself as well as quite active on twitter, I spotted a twitter handle @aamEngineer. On enquiry, came to know that this handle belong to of one the colleague with whom I have worked closely. This was the end of my hunt about topic to write my next blog. 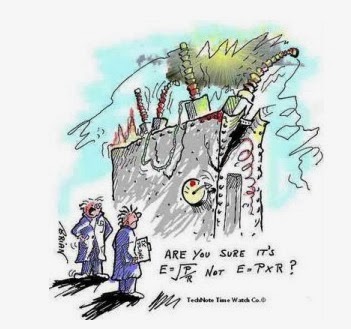 Now Engineering colleges all across the world only produce engineer then how come this ‘aam’ fit to it. I can guess to some extent why? To understand ‘aam’/’common’, We have to understand ‘khaas’/’special’. The Khaas exists that why aam comes to frame. The equal status engineers come out of colleges steps into the corporate world. This is the place when their skill and knowledge are put to test. One outperforms other by brilliant display of skill at work or by constant extra hard work or by some mare favor etc. These are few skill which make engineer khaas’/’special’. The other category comprised of the left lots may be due to reasons such as worked hard but screwed something at end; or delivered task honestly but credit was given to someone else out of favor or was always second in race of recognition.

I would like to warn my audience not to conclude aam engineer as someone who simply do not perform because engineer is someone who is an architect; builder; designer; director; inventor;  manager; planner; surveyor; contriver; deviser; manipulator; originator; schemer; techie. That’s why no question of any engineer existing simply with tag as engineer. It is situations which make one engineer as aam and another as khaas. This is not constant as well. Every engineer keep dangling between aam and khaas depending on their turns and twist in career life. At the end its passion all that matters.

Looking from different angle we can say aam engineer is someone who is easily available for help/guidance. Though he has special knowledge and brain but he/she choose to remain aam to become peoples engineer. He/she also contributed his/her skill set for prosperity of society. According to me the thin line of aam and khaas can be blurred by engineers taking extra step to contribute for happy world outside his/her paid hours. Throughout your life span if you manage become an engineer to which people of all walks of life can relate themselves with you then you can consider that your life of being an engineer is successful one in real sense. Else there are some 'ready to eat' steps already exists in our system to define you as artificial successful. I am sure some has attained real success as engineer and many like me are still trying to attain.

On satire side especially in India now it has become a fashion to be called as aam engineer or aam aadmi (common man). Few end up forming aam aadmi party as well. The powerful word aam started losing meaning when Khaas people disguise as aam to take advantage for their own benefits/agenda. So the real aam people/engineer now has to start all over again to regain the sanctity of the word.