To begin with let’s all congratulate ourselves for choosing stable government at center with well above the majority mark for it to function independently. Now you may think of "come on man"!! Why are you writing a blog on something which we all are following since week? Well point taken that why I would try to put some interesting facts which remained untouched by its coverage.


2014 outcome prediction by Narendra Modi himself who is set to become the most powerful and peoples Prime Minister post Indira Gandhi era.

There will be many state where Congress not be able to open its accounts.
Result: 100% on spot: 7 states of India which did not gave anything to congress.

2014 election mandate will be as big as mandate which Rajiv Gandhi got in 1984.
Result: 100% on spot: BJP first opposition party to gets majority. NDA tally 334+

There will be no states in which Congress will be able to touch double digit figure.
Result: 100% on spot

To one query of journalist, NaMo predicted, Muslim when they will know him directly they will shower love which they have never did to anyone.
Result: AWAITED (see this in 2019).

2014 in many terms can be sum up as youth revolution for steps toward good governance and prosperous India. It was youth who took special interest in this election which resulted in highest voter turnout since independence. Youth in general are the one who are not tied in caste, creed, colour but all aspire of better life and equal justice. This feeling made all the difference in 2014 election.

Few hard Facts of 2014 results:-
1. The 16th Lok Sabha will have the highest number of 61 women representatives.
2. Much hyped #AAP become first political party with highest ever tally to loose security deposit (approx 413 out of total seat 434 contested)
3. First time in Indian political history allies are required to form opposition at center.
4. Narendra Modi become the first leader after Indira Gandhi to seek vote of his name.
5. India gets its third visionary leader in form of NaMo, after Mahatma Gandhi and Sardar Patel.
6. All Astrologist, Tarot card readers sitting on news channels to predict your future & day, were sadly proven wrong in predicting 2014 general election outcome. All end up giving diplomatic answer rather then wild prediction as per stars etc.

This election is also a lesson for news traders who tries to relate every action as good and bad for secularism. Try and play victim card of minority and majority to keep their profits swelling. However Social media (which was discounted for its effect on election) came out strongly in showing mirror to mainstream biased media. It’s time for change. Strong media is vital for vibrant democracy but agenda based media is equally dangerous since we do not know who sets their agenda at what cost.

Eg:- Indian journalist seen in bad light while playing secularism where Pakistan journalist shows why it make no sense: Wake call for Media house to gets some head roll out to infuse trust in MSM. 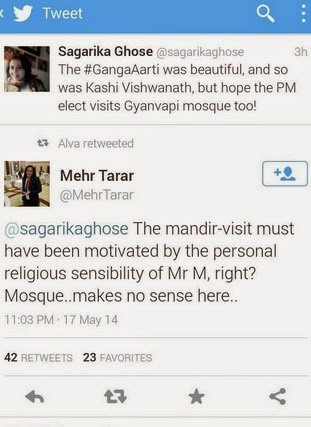 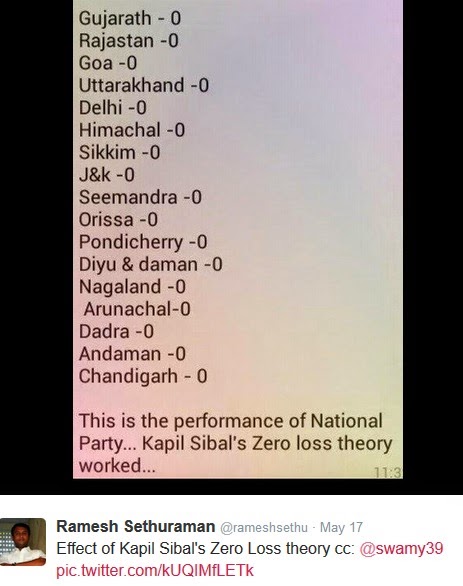 Posted by Satender Kumar Mall at 06:38 No comments: