Holi, Hindu festival of colours is in next week i.e. on 27th March 2013. So thought of sharing some facts and beauty of Hinduism. Hinduism is the religion which I belong to. I believe all religion has its own enlightening power and beauty. But I can narrate about Hinduism and its way of life as I experience it and would continue till end. Although it is the third largest religion in the world, Hinduism exists primarily in India and Nepal. The facts and teaching presented below has been sourced from various holy book as well as various articles which have been published by our religious teachers and great scholars. I will also quote some experience which a person from other community has observed. In true sense religion is man’s association with the divine and the ultimate objective of religion is realization of truth. Hinduism is unique among the world religions. The Hindu truly believes that there is single Eternal path, and beauty is that we also do not believe that any one religion is the only valid religion or the only religion that will lead the soul to salvation. Rather the Eternal path is reflected in all religion. So as per Shrimad Bhagavad Gita (a holy book of Hinduism) “Truth is one but path are many”. We believe in several Gods and Goddesses but primary supreme Gods are Brahma—Creator; Vishnu—Preserver; and Shiva—Destroyer. God can also manifest as an extraordinary being in human form, who is then known as an incarnation of God, such as Krishna, Rama, etc.
Hindu sacred texts are as follows:-
One can be a Hindu by his actions (karma) or birth (Janma)
Since to be a Hindu is an attitude, a Karma Hindu is a true Hindu. He is Hindu by action and thought, a follower of Dharma and spreads Dharma, which is a sattvik or spiritually pure way of life.
We have various festivals such as Diwali Lakshmi Puja, Makar SanKranti, Dhan Teras, Bhaiya Dooj, Sree Ganesh Chaturthi, Akshay Tritiya, Rakshabandhan, Gurupaurnima, Maha Shivaratri, Holi, Sree Ram Navami and Nagpanchami to name few. If you are interested to know more about these festivals then you can look for them in internet to understand its reason behind celebration as well as their amazing beauty.

Mahatma Gandhi (Father of Nation : India ) writes, "The object of the Gita appears to me to be that of showing the most excellent way to attain self-realization" and this can be achieved by selfless action, "By desire less action; by renouncing fruits of action; by dedicating all activities to God, i.e., by surrendering oneself to Him body and soul." Gandhi called Gita, The Gospel of Selfless Action. In order to achieve true liberation, it is important to control all mental desires and tendencies to enjoy sense pleasures.

The following verses illustrate this: 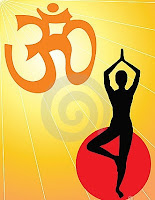 Hope it was beneficial in terms spreading awareness about a beautiful religion Hinduism.

Turn or splash of events


Twists and turns keeps fleeting in our life on a daily basis. It is useful as it adds spice to life and makes our life more adventurous. I wanted to narrate a bigger aspect of turns and how it has impacted our life and it will be left to reader’s imagination about its future course. By the time I started understanding business world I saw Information technology and computer revolution in India. This was much needed change which the Indian youth needed to come out of unemployment clutches post college degree phase. Traditionally we either engaged in family business or agriculture. I am considering the majority of the population engagement, of course there were many other jobs as well. None of you will deny that nothing has changed youth fortune the way IT in India has.  Due to this click technology we experienced ample opportunities as soon as we graduated from college. Youth got the money power and quick return to their investment in degrees. We bettered ourselves from minimum to maximum standard of life. Middle class got much needed push which was due for long time in their lives.

Conditions started improving but there is an another equally important aspect to this revolution. So what is that ? To understand the same lets include it in the story. The stories are true and reference can be found in many Indian/international newspapers. Before that few headlines!

A 36-year-old software engineer committed suicide by jumping off the sixth floor of her office in city on Monday. The reason is yet not known.


A 26-year-old software engineer, who was sent back to India from US, attempted to commit suicide at the International Airport here this morning. Police suspect that the engineer might have been sent back to India as he would not have risen up to the expectations of his employer.
A 28-year-old software engineer allegedly committed suicide by hanging herself at her house “The deceased was under depression and had not slept for two days. She was overworked and was finding it difficult to balance home and office.

The story goes a girl from a small village who studied to match the latest growing market trend of IT. She was hard working and slowly became too ambitious and wanted to achieve higher position in IT as well as greater wealth. Nothing wrong in her thought and approach. She worked hard but was not promoted; she made sufficient money but still had more financial liability. IT industry is perceived as quite lucrative for making money especially by those who are not related to this industry. The problem complexities in computer based projects are exponential in nature; hence developing and handling defects is real a pressure mountain. Feeling dejected by the promotion episode she drove home by muscling heavy traffic where she escaped accident twice. She stopped at  a vegetable hawker to grab some vegetables to cook that night. As she reached home she was welcomed by the news that her husband had lost his job due to job iteration. The entire night both evaluated the possible financial uncertainty scenes which were flashing before them. They had two apartments, two luxury cars, and club & holiday memberships. Both were so tensed about the future ahead that both became similar newspaper headlines as above next morning.

Now how they had reached to this point that is to be blamed “Should we blame her hard work; her boss who did not respect her dues; traffic which always occupies one’s mind; Her decision of having everything in excess; or the IT  industry boom in India which gave strength to youth to dream big for luxury”

We always say academic teaching is for schools and life teaches in its own way. But it was a book which taught ‘always strive for doing things but not for a post because you kill your skill when you don’t get the post in time frame set if your mind unlike you became master in your job and ultimately you will get the respect or something much better than that post’

It is good to accumulate wealth via hard work but one has to create balance between asset and liability. Over accumulation of anything (except love & and only love) will always occupy your mind and keep you in constant fear to look beyond it. I believe if the girl's mind was not pre-occupied by her liability and her over-ambition to attain higher post, she could have successfully dealt with her husband's job loss situation and could have started life from fresh. Injustice done by her boss could have been dealt at proper forum but life once ended is the end of everything. All this is not easy as I have put in words but you say if we will not check it ourselves then would almighty appear to solve the same? Can we spend 20 minutes on daily basis to love ourselves, to love idea of life? I am sure we will succeed in saving ourselves from further deterioration.

Someone has rightly said instead of wasting wishes on materialistic and peace and happiness, wish for the gift of life, because with that everything else falls into place.


I have not come across any software engineers who have not dream't of working onshore in his career tenure. Several reasons may be behind this thought such as traveling, experience, understanding business closely, meeting people & culture and of course no charity here but for making some good money as well. Hope you will agree that anyone who visit onsite then first thing one end up doing is uploading snaps in networking site to express & share his/her joy. Let me explain onshore and offshore model to my readers who belongs to background different from IT. Onsite means working at client location away from your home country usually Western countries considering Eastern countries being offshore.

I was also no exception to the dream of working onsite. As far as getting near to onsite dream is concerned the closest I achieved was to get L1 Visa pasted in my passport during my tenure at Satyam now knows as Mahindra Satyam in 2008. Similarly for traveling dream I was about to depart to justify my visa but prior to that my project as well as company both departed. To have more fun read my blog Job Threat. Still I did not lose heart and nourished my ambition in second company CGI (a Canada based company operating in IT hub Bangalore) and managed to get my name in list but later it was dropped citing someone else need to travel urgently as her husband is already there and she is more critical to project than me. No secret bargain works everywhere and it is also good to bargain when you at position to do so. But I have also come across people who were desperate to go onsite also luck favor them they did went but during the course of stay at onsite end up regularly complaining that they are getting bored, homesickness etc. If you happen to watch closely then scenario is just opposite. What you will find is these lots while their days are numbered before returning to offshore, they are more anxious to extend their stay rather than getting rid of their problem of being bored/homesickness. Now this is not cool as they got what they needed by company/project and still they have grumble to register. Well universe is full of different kind of characters so this group also has place else we will miss spicy topic to discuss during drinks and parties.

Well with my unfulfilled dream of going onsite via company remains a dream and I quit job at CGI as well as Bangalore city on 10th March 2010 to pursue my dream myself. But you must have heard that nothing in this world is handed to you. You have to go out and get it! Nobody said it would be easy but hard work always pays off. These line well justify my situation, here I can relate the book read theory to real life one.

Today is 10th March 2013 and I got an opportunity to visit offshore. Guess where? It is same Bangalore city for 3 weeks. So keep working silently towards your dreams as you just get one life so you cannot afford to miss/ignore.