Transformation of Curse to boon : a lesson from Mahabharata

Challenge of current world is to create a meaningful life in imperfect world by flawed beings.

Who are flawed beings?

Today the flow of information is immense and readily available.

Hence with great information source, we either become insecure or sensitive in nature to protect something which is available to everyone. 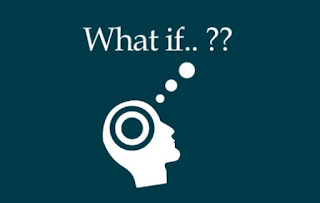 Insecurity and hyper-sensitivity creates rebel with no cause. This is usually EGO battle which has no limit. Yes it has simply no limit to destruction.

As human we must sometimes accept things as it comes and move on instead of trying to extract perfection for no cause, which in turn will save world from lot unnecessary misery.

This is how Arjuna, the greatest warrior of his time, manage to turn his curse into boon, though he was coursed for showing immense restraint to the divine maiden  and most beautiful apsara (angle) 'URVASI'.

The extract of epic goes:-

Once Arjuna went to Indralok to meet his ancestor and father Indra. Upon hearing this news Indra had organised great celebration to welcome his son, hence he invited the most beautiful dancer of her court named Urvasi. The celebration went as planned but Urvasi got strongly attracted to Arjuna.

Urvashi reached Arjuna’s room one night. But Arjuna did not have any intentions of making love to Urvashi. Instead he called her the “mother” of the Kuru race. Because once Urvashi was the wife of king pururavas the ancestor of Kuru Dynasty.

Urvashi felt insulted, now that a mere mortal was able to resist her. She cursed him that Arjuna will be a 'eunuch' for the rest of his life, who could only sing and dance with other women. Later on Indra’s request, Urvashi curtailed the curse to a period of one year,

Though Arjuna being an warrior accepted the curse instead of revolting as he was at no fault at all. But later he used it as boon in the thirteenth year of the 'Pandavas’ exile.

With the arrival of the thirteenth year, Arjuna reached Virata’s palace as Brihannala. He apprised the king of his singing and dancing skills which he had learnt under Chitrasena, a Gandharva at Indra’s abode. Though the king had grave suspicions about him being a eunuch, he checked and confirmed that Brihannala was really one. Thereafter Brihannala took over as the dance master of Princess Uttara. Brihannala stayed at the palace for women, moving about and making friends with other maids and princess’ friends.

Posted by Satender Kumar Mall at 10:24 No comments: