JOURNEY: Where everyone is ALONE

Journey where everyone is alone; might sound sarcastic as you may happen to think how came everyone is alone in a journey? Journey unites people and allows them to meet and experience change. But dear there are certain journeys where everyone is alone. Let me unfold the known secret. Few journeys taken towards your soul, character, behavior, duties, love, kindness and finally death to name few are those journeys which everyone has to experience it alone. These are ultimate journey and you will be failed to name anyone who will be along with you to complete this expedition. It’s only individual who are held responsible for each of the above promenade. Purity of soul; Diligence in Character; Charm in behavior; sincerity in duty; grandness in love & kindness; departure from earth; All these and many more are solely depend upon you. Except yourself you cannot blame anyone in its collapse. By all means you can give credit to someone in its rise to some extent. But the fact remains that you are companion-less. 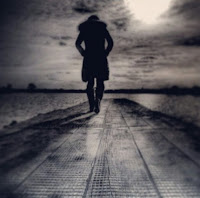 I am going to narrate one small story from my religion i.e. Hinduism holy book to further validate that we are all alone in this path. One day devout hermit named Narada Muni was passing by a deep forest way when he ran into jungle bandit, who insisted him to give everything he owns, from his clothing to the shoes he was wearing. Narada Muni asked robber if his family was part of this sin that he was committing and he told him to go ask his family that same question. Robber tied Narada to a tree to make him stay in that same spot until he was back. When robber asked his parents if they were with him on the sin that he was doing, they replied that it was his job to take care of them, and that only he was responsible for his own sins. His wife also said the same thing. Bandit then returned to Narada Muni and fell to his feet. He told him that he alone was responsible for the sins and asked him to help him get rid of the sins he had committed. This incident changed the bandit fortune. He met his soul and to get rid of his sins he meditated and later became greatest poet in Sanskrit literature and authored one of the great epic of India i.e. Ramayana. He is known by name Valmiki after his incarnation.

Each of us has come to this world with some purpose and duties to fulfill. If we happen to get a feeling of doing any social work or hunger of making change the way things are now or desire to make your country/home/environment/universe more beautiful for coming generations then remember this thought is just not touching your soul to make you feel better but analyze in other aspect it could be a natures ways of reminding for your unfulfilled duties so far from the creator of this universe. As ultimately you will be reporting to him. There you cannot blame anyone as you are blessed to be alone again. I am sure you will not think of misrepresenting the fact which we are used to while our stay in mother earth. So what are you waiting for? Get up and go ahead to fulfill your duties without brooding much on obstacles you are likely to face but on possible feasibility. It is also your duty to bridge smooth path between responsibility and duties. Duties do not give you any reasons to be free from your current responsibilities.