Among several other tough tasks, one of 'changing mindset' either "of self" or "of other" as whole sounds to be the toughest one!!

Give yourself 30 seconds, to take a fresh approach to it.

So, what’s your verdict?  If you really happen to give a thought, please do put that (word/line) in comments :-) 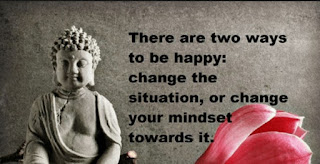 Changing Mindset takes generation to stabilise and by the time it stabilises itself, generation itself has moved & evolved, which again generate an urge to change mindset.

Since human-beings have not been blessed with equals share of intelligence, wisdom and surely not the GREED. This natural cycle leads to formation of 3 broad groups.

1st Group: - Those whose mindset stabilised bit earlier than the realisation of generation has moved as whole, enjoys the fruit of that era and termed as successful.

However other two groups i.e. ['about to stabilised' as 2nd Group and ‘not gonna stabilised’ as 3rd Group].
One of these two remaining group take leads in changing mindset as soon as generation moved realisation materialised.

Again, as I pointed out earlier that 'changing mindset' is toughest, So following is reasons why it is so...

When 3rd Group leads in second race of change cycle, though which was even nowhere closed in first change cycle shift is forcefully obstructed-demonised-ridiculed-etc. by the 1st Group.

Are you Surprised!! Confused!! That why 1st Group will ever do this?

Simple reason that 1st Group were termed successful and had uninterrupted access to world resources for so long. They freely indulge in enjoying those resources with sweet lip service to less privileged and somewhere the sense of supremacy occupied in their mind, which lead them to believe that they can control change.

Let’s look at few recent happening around world to put in context: -

Election is a mode to elect government in countries following democracy. Why election results sound or sold to us as surprising these days?

This is directly linked to 1st Group orchestrated chaos to control change.

How come election of A or B should termed as surprise if the criteria for selection remains the same since decades.

All this points to the beginning of arrival of change cycle......Change always tames bad weed.

Why 3rd Group right to equal chance to prove their metal to people by people for people should be denied? Or insulted in way it is being done by handful of loser from 1st Group?

Readers do think over it! Change is constant. Everyone should accept it with same honour and respect above all belief whether it suits you or not.

1st Group deserve no sympathy; let them DEAL WITH IT.

By the way:- just to add 2nd Group of people are termed as Middle Class in 21st Century. They are enablers but surely never an obstructor.

Few picture for lighter moment after a quality read. 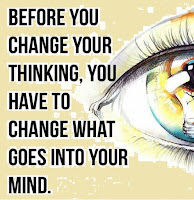 Have you put what your thought related to verdict in comments?

No? Well that's how tough it is to change mindset for self or of other!!!