The Best of Chanakya Niti!

Chanakya, who was also known by the name of Kautilya and VishnuGupta was a one of the pioneer in economics, strategist and warfare. He lived between from 350 -283 B.C. He was advisor and Prime Minister of Emperor Chandragupta. He was also associated with university of Takshilla (located in today Pakistan). Chanakya was known in west as “Indian Machiavelli”. He has written books named Arthashastra and Chanakya Niti. 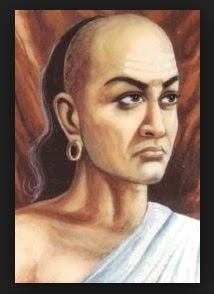 The best of Chanakya Niti:-

ü    The world’s biggest power is the youth and beauty of women.

ü    The biggest guru-mantra is: Never share your secret with anybody. It will destroy you.

ü    There is no present and future of the lazy.

ü    The mere trickle of the tiny drops of water can fill the pitcher. The same way we must keep on collecting knowledge, dharma and money.

ü    Treat your kid like a darling for first five years. For the next five years, scold them. By the time they turn sixteen, treat them like a friend. Your grown up child are your best friends.

ü   Learn from the mistakes of others , you can’t leave longer enough to make them all yourselves!!. 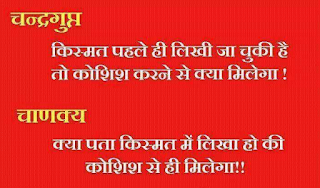 Posted by Satender Kumar Mall at 10:38