Social media and social network sites has emerged and matured to an extent that those have become necessity and important part of our life. As per reports “The average time spent by Indian netizens was 29.6 minutes on weekdays as compared to 28.8 minutes on weekend days” The country which tops the list of engaging highest number of hours on networking on social media is Israel with 11.1 hours/month.

The rise in India’s fourth pillar of democracy was immense necessary in times on 90’s and early 21st century. This was a huge step toward transparent India. Those days were of licence raaj and hiding information or keeping it secret was at peak. Mainstream Media (MSM) did excellent job in checking the status quo in Indian politics, bureaucracy or it will not be incorrect to say that pure journalism was at peak and India benefitted from the same. 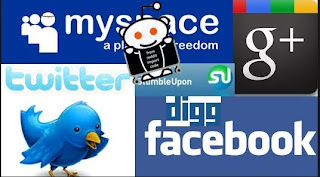 Social media do exists in those days as well but the impact and honest contribution of MSM did not lead to its spread and it was mere a tool which facilitates two stranger to interact.


But what lead Social media especially in India to challenge status quo of MSM as well as in mobilizing truth and report incident better n faster than MSM?

If you analyse it closely then you will discover that it is not an overnight transformation. It gradually builds up in last 7-8 years.
Few key points which are leading to downfall of MSM or Critical success factor for social media are as follows:-


1.   Shift of MSM from news reporting toward bogus opinion pouring exercise or performing role of judges from news anchor in prime time.

2.   Shift of MSM from being neutral institute of new reporting toward loyalty of ruling party. Is it too difficult to be neutral & Honest?

3. Intolerance attitude of key Editors of Indian MSM in social media especially towards the people with diverse view to what they suggest/put-up. Such as blocking them etc.

4. 24x7 telecasting agenda of ruling party though most of time it does not hold substance. Hereby providing opportunity to Social media to expose MSM crystal clear. Thus leading to more people engaging in social media.

6.  Regular embarrassing & shallow reporting and interviews by established journalist of MSM eg: Nidhi Rajdan and British MP Barry Gardiner interview on inviting Narendra Modi to UK house of common. Nidhi was actually wanting to control the view and wanting him to speak what she has in mind for the question put-up.

7.  MSM putting self-interest above nation interest. Point 6 interview where MP reminded the journalist what she should have known as Indian. Idea of India is missing while talking to foreign national.

8. Unbalance reporting on states ruled by party other than whom MSM is loyal too. Hence Social media come in picture as mirror.

9.  MSM media continually failing to listen and represent the voice of Indian people from time to time against corruption, scam etc. and undermining their strength. This has led to speed up social media growth for good.


So audience of MSM which includes me as well has been left on mercy of their own judgement (though we pay for MSM) to distinguish between news and noise telecast in prime time. Hence Social Media has provided platform to all kind of Indians (educated, alert, non-educated, youth, new comers etc.) to listen, learn and share the idea about daily happening and their idea of India.

Posted by Satender Kumar Mall at 12:06